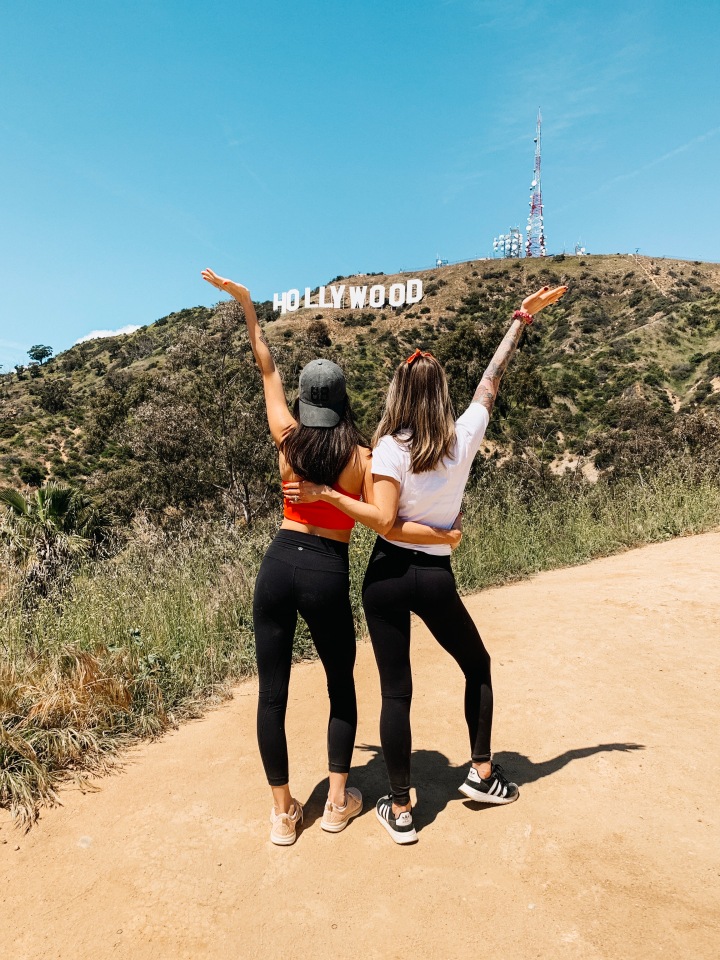 Alicia and I spent our birthday’s in LA this past weekend and I am already ready to go back. We landed in the morning, and since our hotel check in wasn’t until later, we headed straight for the Hollywood Sign. We probably should have researched our hike BEFORE we got there because we had absolutely zero clue where we were going. If either of our husbands had been in the car, we would all probably be divorced. We spent an hour googling the hike with the closest views of the Hollywood sign and ended up on a wild goose chase. Alicia found some video of a secret route to get behind the sign and we drove around like idiots following a Russian man’s YouTube directions to “ignore that ‘No Access’ sign on your right” — only to realize that the video was posted in 2012 and that route had been closed for years. Whoops. We drove around the Griffith Observatory and there were SO MANY PEOPLE — it would have been a hike to get to the hike with how far our car would have been parked. In the end we decided to take the Brush Canyon Trail which was 6.4 Miles round trip and I am so glad that we did. The hike was definitely long and we almost quit a mile in — but the parking was right at the bottom of the trail, and we only ran into a handful of people on the way up – Enough to ask a stranger to take our picture but not enough that we had to hang out with anyone – PERFECT. After our bodies got over the initial shock of being forced to do physical activity (we may or may not have accidentally eaten McDonalds on the way to the hike — 2/10 do not recommend) it was actually so much fun. Six miles seems intimidating but it really wasn’t bad – I am SO happy we stuck with it.

Things we learned: One water bottle is NOT enough for two people, Sunscreen is a necessity, pee before you go, watch for snakes, and don’t take directions from creepy YouTubers

END_OF_DOCUMENT_TOKEN_TO_BE_REPLACED

Check out some of my other posts!